Yes, there are many Santa Claus organizations, associations & groups.

Professional Santa Claus groups range from a handful of local Santas who occasionally meet for fellowship and to discuss appearances to the Worldwide Santa Claus Network, with over 5,500 members spanning the globe. 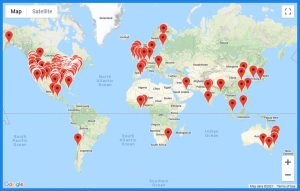 The Worldwide Santa Claus Network started in 2015 as an online school for professional Santa Clauses.

In 2016 many of the original members renewed their memberships… in 2017, the renewal trend continued. It became clear that this online Santa school was more than a school. It was a virtual gathering place, a place where members could find supportive fellowship while learning and honing their skills.

In 2020 the Worldwide Santa Claus Network lead the way in the shift to “Virtual Santa Claus Visits” for Santa Claus Portrayal Artists worldwide.

Many hundreds of Santas attended the FREE Santa Claus training sessions on Virtual Santa Visits, they learned about computer systems and, Internet requirements, useful software, and they learned new skill sets to help them provide tens of thousands of extraordinary virtual Santa visits to families, companies, and groups around the world.

The Worldwide Santa Claus Network Santa Claus Facebook group provides a supportive space for Santas across the US & Canada and all over the world to connect, ask questions, try new material, learn new skills, and share personal experiences with one another.

What types of things do Santas learn by being a member of this Worldwide Santa Claus Network Santa Group?

“Storytelling as Santa” is always a popular session, as is “How to Answer Children’s Questions as Santa Claus”… of course, there are sessions on beard care and whitening, posing for great photos, working with malls & retail stores, being Santa at home & company parties, being Santa for those with Special Needs, building a Santa business, working on TV & in movies as Santa Claus… and the list goes on and on… there are over 300 hours of on-demand Santa Claus training sessions available… and they cover every topic you can think of, and probably several you would never have dreamed of, like Being a Brand Ambassador as Santa and Being Santa Claus on Cruise Ships and Being Santa Claus in China.

Another popular topic is “How to be your own Santa Claus booking agent.”

Many Santa Claus portrayal artists are retired or semi-retired, and they have the time and personality and can learn the skills to book their own appearances. Of course, this allows the portrayal artist to build deeper relationships with their clients, have more control over their time and their destiny, as well as significantly increase their income or pass some or all of these savings on to their clients.

And then there is the community service aspect of Santa Claus portrayal.

Many members of the Worldwide Santa Claus Network donate at least some Santa appearances each year, and several do 100% pro-bono community service as Santa… the Network website has several training sessions to hel 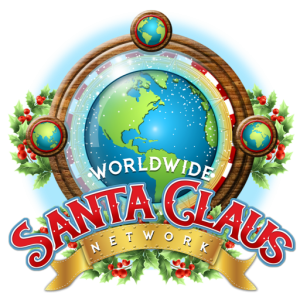 p ‘volunteer Santas’ be extraordinary at all they do.

Individually those who portray Santa Claus professionally are wonderful. They bring a smile to our lips, put joy in our hearts, and launch our imagination… now multiply that by a dozen, a hundred, a thousand… imagine more than 5,500 members of a professional Santa Claus organization; it’s amazing… you smile so big you feel like your face is about to pop!