After more than 5 years of operating as The-Santa-Claus-Conservatory.com I have merged our online school for Clauses into the Worldwide-Santa-Claus-Network.com.

Over the years it became clear that The Santa Claus Conservatory was much more than an online school for Santas & Mrs. Clauses… it became a community. A community of thousands of Clauses who renewed their membership in the Conservatory year after year.

Late in 2019, I formed the Worldwide Santa Claus Network as a way to expand the impact of professional Clauses and to share both our experience and 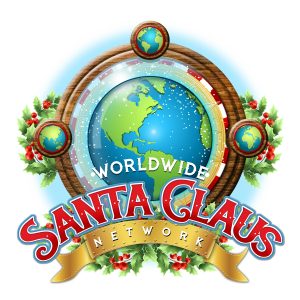 our passion with others who love Christmas and what the Clauses represent.

Early in 2020 concerned with how the pandemic might affect Christmas, I put my plans for the Worldwide Network on the back-burner to help to prepare Santas for the possibility for a massive increase in Virtual Visits.

Watching this community serve one another over these past 6-months has been incredibly inspiring and it dawned on me that we, the members of The Santa Claus Conservatory, were exemplifying exactly what my vision is for the Worldwide-Santa-Claus-Network.com. Dozens, hundreds of members were (are) guiding, coaching, and mentoring their fellow members… as I said, it was and IS incredibly inspiring.

The members of this ‘school’ were not merely students, they are beacons of light, and not just when they’re portraying Santa or Mrs. Claus, but also when they’re interacting with their fellow Clauses… they are truly ambassadors to the Christmas Spirit… it’s with that in mind that the Santa Claus Conservatory melted into an even bigger vision, the vision of the Worldwide-Santa-Claus-Network.com

Over the coming weeks and months, this website will expand in content and scope… we are destined to help keep the Christmas Spirit alive all year long.